Jesse’s father died several years back.  He never got past it.  He dealt with this huge loss using anger and withdrawing from life.  In an effort to avoid hurting again, Jesse chose to keep people away with his explosive anger.  The things he needed most – healthy relationships, someone to trust and talk to, an opportunity to have fun or participate in sports, etc. – were the last things he wanted.  In short, all Jesse just wanted was to be left alone to drown in his own anger. 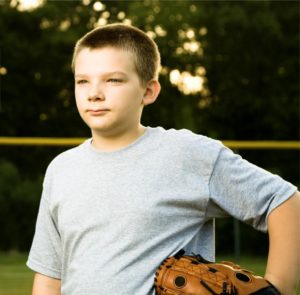 Then his mom placed him in Sheridan House.  Initially, Jesse refused to talk or even smile.  He would simply sit in study hall and stare at the wall.  Needless to say, he had a very rough start.  He finally realized that he couldn’t exist at Sheridan House alone and succumbed to the structure of the program and to the thought of risking a new relationship.  Due to the consistent love he received from his house parents, Steve and Terry Griffith, coupled with the determination of his behavioral specialist, Ian Bodnarchuk, who refused to be rejected by Jesse, Jesse’s life slowly began to change.

After 12 months at Sheridan House, Jesse is a changed person both inwardly and outwardly.  He is now developing healthy relationships, communicating his fears, and is no longer afraid to risk participating in sports.  In fact, this summer Jesse won the Most Improved Player award for softball.  He has changed so much that even his teachers have noticed.  One even commented to us, “It’s amazing to see the difference.  Jesse smiles now.”

Losing his dad made Jesse go into a hole and refuse to risk trusting another relationship.  Another rejection would be too much.  Today, Jesse has come to realize that relationships are not only worth the risk, but also part of the healing.  Please join us in praying for Jesse and that he will experience the ultimate relationship in life, a firm faith in Jesus Christ.