Jonny entered Sheridan House on his first day with something different than most of the boys – a smile.  He was polite and greeted his house parents warmly while looking them straight in the eye.  By nature, Jonny is incredibly social.  That was the source of his problems.  His friendly personality got him into situations where he often followed his fellow classmates right into trouble.  As his grades steadily declined, his time spent in the principal’s office rapidly increased.  This negative behavior also affected his attitude at home. 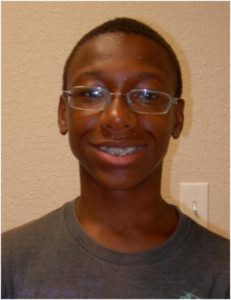 For the 12 months Jonny was enrolled at Sheridan House, redirection was the goal. Although he followed his friends into trouble, Jonny was a natural born leader who needed to be shown a better way.  The “Team Captain” method we utilized with him aided in developing his strong leadership skills.  Jonny learned how to motivate his peers by being a good example and choosing the right path first.

He discovered that doing the right thing has countless benefits.  Jonny is now reaping those benefits both at school and at home.  His communication with his father has improved significantly.  He is also considerate of his mother’s graveyard work shifts and helps more around the house.

We are so proud of Jonny.  Although we will miss his big smile and deep laugh, we are grateful for all of his accomplishments and can’t wait to hear about his new adventures in high school…minus a trip to the principal’s office.

KelseyCurran2011-01-07T16:50:48-05:00
Page load link
We use cookies on our website to give you the most relevant experience by remembering your preferences and repeat visits. By clicking “Accept All”, you consent to the use of ALL the cookies. However, you may visit "Cookie Settings" to provide a controlled consent.
Cookie SettingsAccept All
Manage consent